So for a second day I have woken up to puddles on the ground and at least a mist in the air. 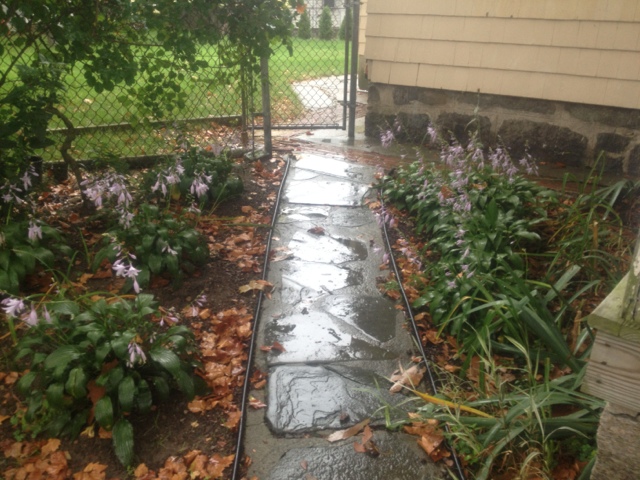 Being a real sailor involves being a person who can sail a boat, do electrical work, plumbing, carpentry, some metal work, not being a afraid of working with fiberglass, having at least a basic knowledge in survival and camping skills, and last but not least, being an amateur meteorologist.  The weather is the boats fuel.

All of that said, I had to drive East to avoid the bands of thunderstorms and rain that were rolling through CT, RI, and MA yesterday.  I chose to sail New Job because I percieved her to be an easier ride that I could "relax" on.  She has seats with backs to lean on, a storage area for a rain coat and other personal belonging.  I also need to split the work load so I do not find myself with Failtember as a result of breakdowns.  I hereby am declaring myself the owner of these two copyrights by the way: Sailtember and Failtember.  LOL

I picked up New Job in Rochester and made my way out to Long Pond in Lakeville MA.  There was a decent ramp but no dock and a crappy cement set of curbs at the waterline that had no tie downs so getting the sials up and driving the trailer back to the parking area required me to tie off to a bush and then a helpful teenagers arm when I came back.

The launch fees are clearly posted ($4 instate, $9 out of state) but there was no one or no box there to collect them, so Happy Labor Day its free!

Once I had the boat in the water I needed to pull her over to a shallow area to get the sails up.  I could hear the centerboard was down because it was bouncing along on the ground.
I then realized that I had for gotten my gloves and my lifejacket so I ran back to the car and cast off in the hurry.  As I was doing this a state Environmental Police officer pulled in and immeditaly pulled over away from the cars, parked diagnolly with the woods behind him and opened both side doors of his lifted black pickup truck and proceeded to take a piss right in the parking lot... 15 parking spaces down from the Port-a-Potty!!!  I confirmed this by bending over and noting the growing puddle between his legs.  I couldn't believe it.  This must clearly be the most chill Environmental cop ever, right?

Five minutes later, I'm 30 feet away from shore, he hops out of this truck and says "Show me that you even have ONE life jacket aboard that thing".   I wanted to retort, "Show me that you have even looked at me before you opened your mouth and if you had you'd see its sitting on the seat next to me fool.  Zip up your pants before you start protecting the environment from all of us evil small sailboat captains."  But instead I reached next to me and held it up the PFD in silence.  Not a "thank you", a "have a good sail", or anything from him, he just got back in his truck and stayed there and started checking car, boat and trailer registrations as people put in and hauled out.

During this exchange with the Pissing Cop, I started to realize my centerboard was not actually down, I was not sailing straight and basically had little control of where the boat would be going until I somehow got it down.  After two beam reaches across the lake, I was loosing alot of ground relative to the wind and realized that I would never be able to get back to the parking lot without major intervention.  Like pull over of the side of the road type of intervention.  But I'm on a boat, and it is not steering correctly, so that pull over stuff I just said is a far oversimplification of the reality.  However, I'm also not the first person to have this problem and they lived through it too...

So I found a little nook tucked on the south side of the pond where I was able to drift into a private dock surrounded by cottages.  I tied up and called out "hello" a few times to try to avoid any conflicts with the home owners and when no response was heard I got quick to work and took off my clothes and jumped in and began to try to wrestle out the centerboard from the trunk that it is stored in.  Lucky me I was in 4 1/2 feet of water w a soft bottom.  It still took me ten minutes and many knuckle scraping attempts at prying the centerboard free.  Once free, I slid back into the boat and got out of dodge, this time in a straight line and just wearing wet underwear w a huge white waist band with black letters saying CALVIN KLEIN all the way around. Of all the underwear I own, I had to pick these on this particular day!  Gee, I bet the Environmental Cop is going to find the change in clothes to be interesting once I get back into view.

There were a few rumbles of thunder and my phones radar was showing a storm starting  to change course and come my way, so I headed in.  I successfully made it back, loaded the boat in the trailer, stowed the sails and didn't get hassled by the cop, when it started to rain like crazy.  My mast was still up and I needed to wait to leave or I would hit a tree branch or worse, a power line.  Twenty minutes of sitting in the car and I was blessed with 5 minutes of a clearing to get the mast down and pack up.  Drove back to my GF's parents house in a driving rain, so much so that I just put the seat back and fell asleep parked in front of their house when I returned because I didn't want to get soaked after just dodging the storm. 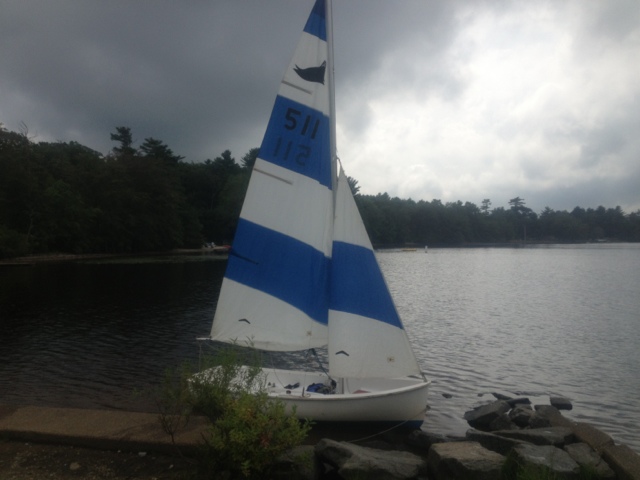 This view with no thunder means you are probably ok. 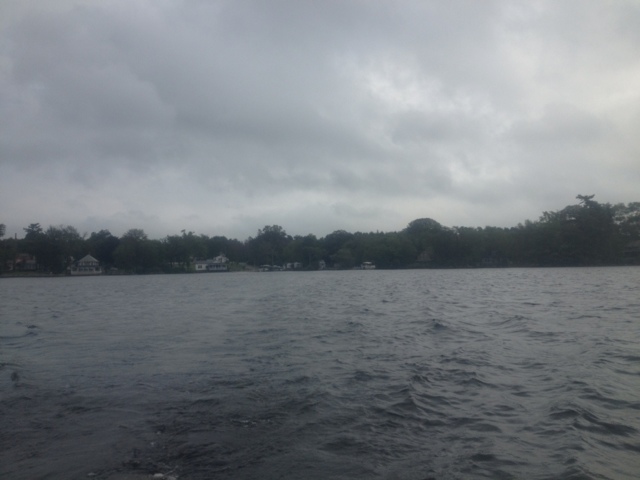 This view with thunder means go in! 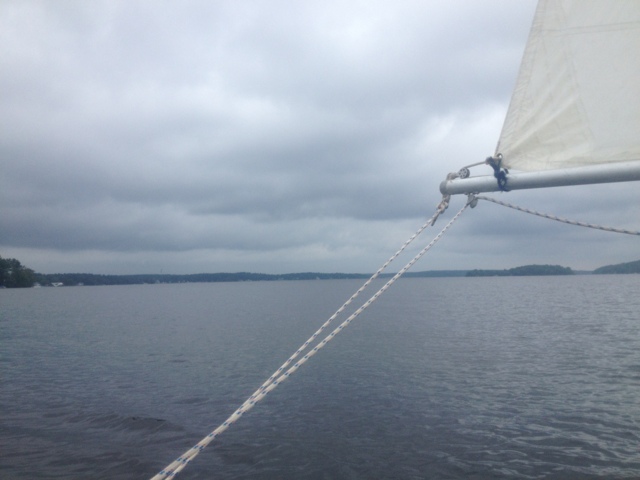 The forecast for tomorrow sucks and I am trying to go with a friend on his C&C 32 footer out of Mattapoisett for a day sail but he weather forecast looks crappy.